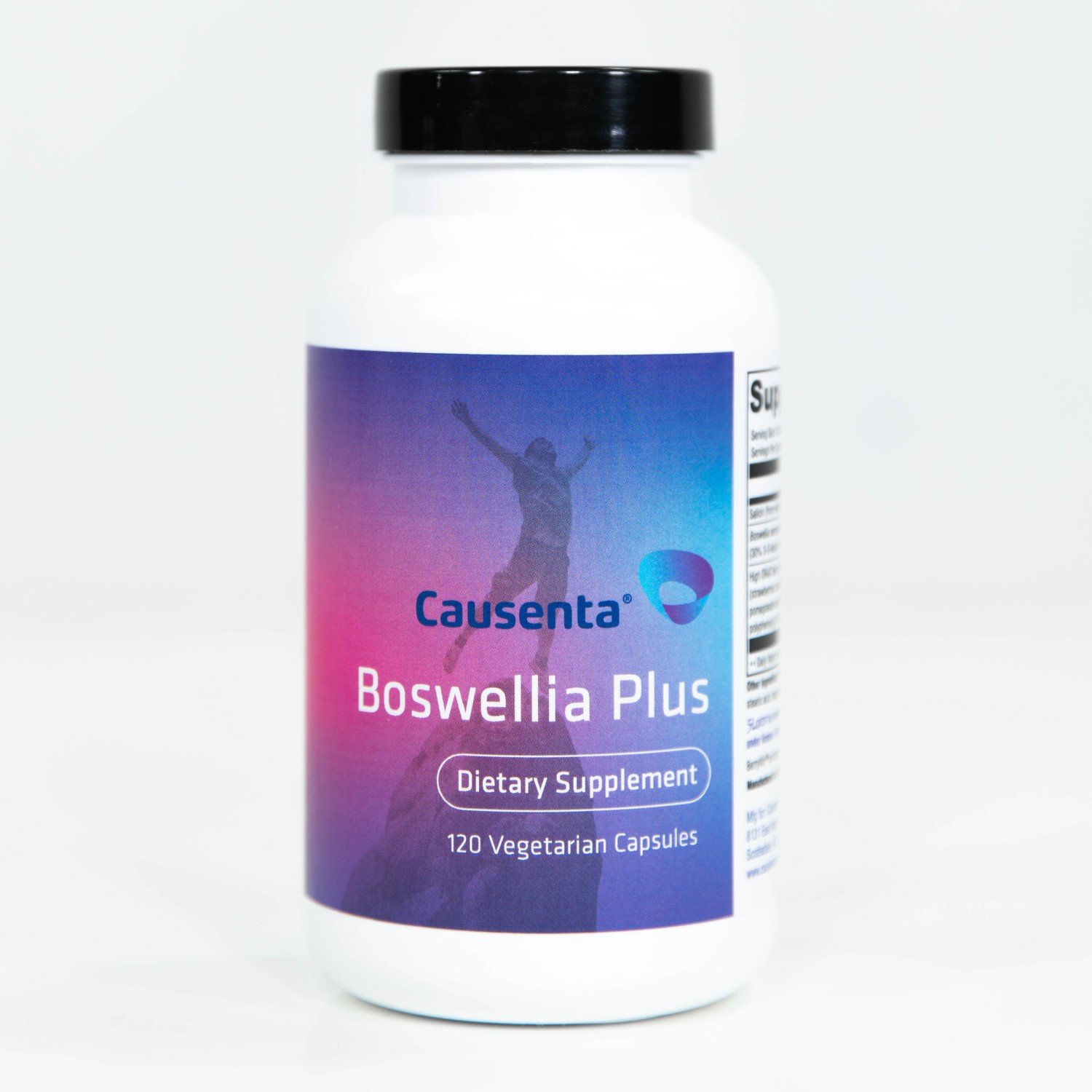 Boswellia Plus -Salicin and Boswellia

Boswellia Plus is formulated to support eicosanoid and cytokine balance and provide support for joint comfort. 5-LOXIN®, a patented Boswellia extract yielding concentrated 3-O-acetyl-11-keto-ß-boswellic acid (AKBA), is found to inhibit the 5-lipoxygenase enzyme. Salicin from white willow bark is a natural inhibitor of both the COX-2 and 5-lipoxygenase enzymes. Bioflavonoid-rich BerryVin™ provides additional support for eicosanoid balance and antioxidant activity.*

White Willow Bark (Salix alba) Willow bark has been used for thousands of years to help support eicosanoid and cytokine balance and to help relieve discomfort.[1-3] Willow bark is currently approved by the German Commission E and the European Scientific Cooperative on Phytotherapy (ESCOP) for these purposes. Willow bark is also recognized in the United States for its role in supporting joint comfort.[1] Willow bark contains glycosides, salicylates, flavonoids, tannins, aromatic compounds, and acids. A 2007 Cochrane review of the literature found moderate evidence that Salix alba positively affected eicosanoid metabolism and produced results that were comparable to those obtained by other commonly used compounds. Favorable results were obtained when the Salix alba in the studies was standardized to 120 mg or 240 mg salicin. Boswellia Plus provides a standardized 120 mg dose of salicin per serving.*[4]

Various randomized placebo-controlled studies suggest that willow bark produces positive effects on joint discomfort. The usual dose of salicin is 240 mg per day,[5] which is the intake recommendation for Boswellia Plus. Pharmacokinetic evaluations reveal that salicylic acid is the major metabolite of salicin, though other components of willow bark are believed to provide relief as well.[6] The mechanism of action of white willow bark appears to involve an effect on both arachidonic acid-derived eicosanoids and cytokine compounds.*[7]

Take two capsules twice daily, or as directed by your healthcare practitioner.