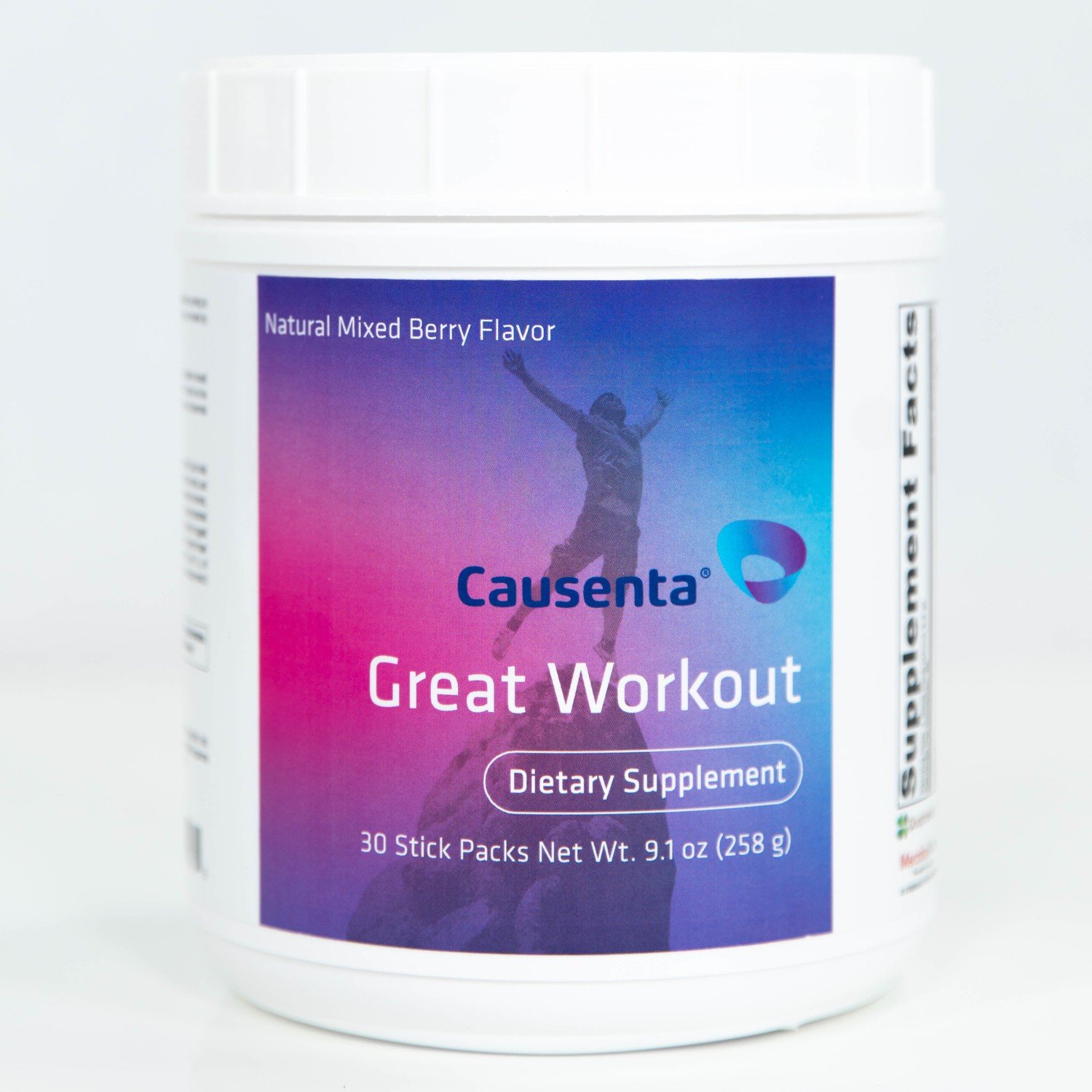 Purenergy is an innovative patent-protected ingredient that combines caffeine with pTeroPure® pterostilbene—a highly bioavailable analog of resveratrol—to form a unique co-crystal structure. It appears that this unique structure affects the way the body utilizes caffeine. As such, it may offer significant advantages over caffeine alone.

In a rat study, the half-life of the caffeine from Purenergy was eight hours, while that of ordinary caffeine was just three hours. In a preliminary, four-week, single-blind, crossover human study that compared 232 mg of Purenergy (providing 99.76 mg of caffeine) to 100 mg of ordinary caffeine, the following effects were demonstrated:

While the results of these studies are promising, larger studies are needed to validate the findings and determine if these findings translate into a lengthened energy effect.

Taken together, data from these studies suggest that the effects of caffeine from Purenergy may last longer than the effects from ordinary caffeine and point to a potential for reducing total caffeine intake due to Purenergy’s more efficient delivery and slower absorption rate. These are encouraging factors for people who wish to reduce their caffeine intake.

Scientists are researching whether or not the extended half-life and slower absorption rate of caffeine from Purenergy can produce a more moderated and gradual finish. This may help prevent the “crash” associated with regular caffeinated energy products and may give Great Workout an advantage over formulas that use ordinary caffeine.

Great Workout relies on natural ingredients, not ephedra or artificial stimulants. Furthermore, it provides only five grams of carbohydrates and zero sugars. By using natural flavors and stevia in place of sugar and other carbohydrates, the typical “sugar high” that is associated with many energy drinks can be avoided. Equally important, Great Workout contains no artificial colors.

In animal and human studies, caffeine has demonstrated positive effects on athletic performance, fatigue, and cognitive functions, such as supporting a healthy memory. According to Meeusen et al, research on caffeine suggests its performance-enhancing effect is related to antagonism of the adenosine receptors that influence the dopaminergic and other neurotransmitter systems.

Electrolytes—including sodium, potassium, and magnesium— are important for energy production, nerve transmission, muscle contractions, pH balance, fluid balance, and more. Conditions that promote excessive sweating and increased metabolic activity can require replacement of these important minerals and increase the need for antioxidants. Great Workout provides 130 mg of sodium, 280 mg of potassium, and 150 mg of magnesium in each serving. To support protection from free radicals, Great Workout provides 500 mg of vitamin C in the form of four mineral ascorbates, as well as natural vitamin E, selenium, green tea extract, and s-acetyl-L-glutathione (SAG). SAG is an orally stable glutathione that has been shown to cross the membrane of the mitochondria, which increases the organelle’s activity and helps minimize reactive oxygen species.

Great Workout combines Purenergy in a proprietary blend with various herbs and amino acids, including green tea extract, coffee fruit extract, taurine, and L-arginine alpha-ketoglutarate. This proprietary blend is designed to complement the activities of Purenergy. Furthermore, some of these individual ingredients taken in high doses have roles in mitochondrial biogenesis or are known to have a positive influence on exercise performance.

As essential parts of coenzymes, these water-soluble nutrients are integral to the complex biochemical processes that convert food to glucose and ATP—the energy used by cells. Vitamin B12 also works closely with folate to help make red blood cells and facilitate the work of iron in the body. Iron helps carry oxygen to all cells, including muscle cells, for use in the generation of energy.

Dissolve the contents of one stick pack in 6-12oz of water according to preferred sweetness. Consume the effervescent drink once daily or use as directed by your healthcare practitioner.