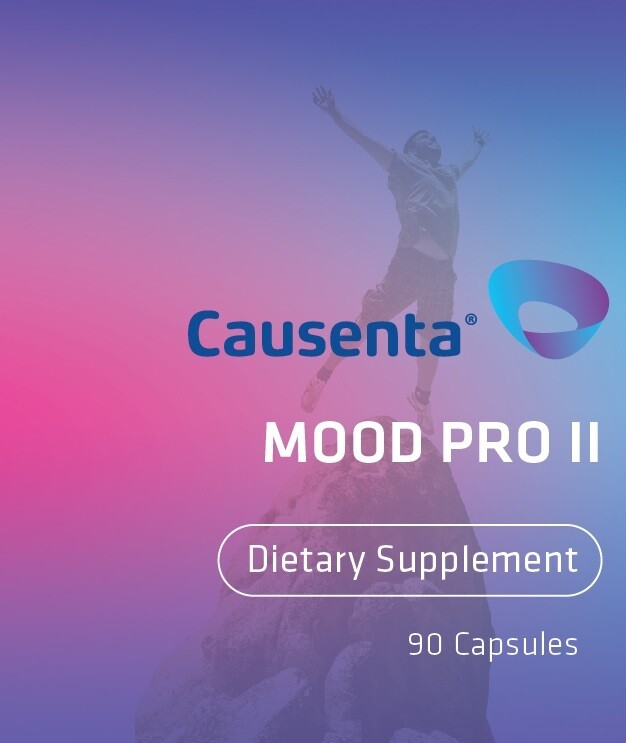 Neurotransmitters are the chemical messengers that regulate mood, memory, sleep cycle and daily stress. Adequate neurotransmitter production depends on an adequate supply of amino acids, vitamins and minerals in the diet. High levels of stress, dietary deficiencies, genetics, medications and toxins all play a role in neurotransmitter depletion. The nutrients in this product support healthy levels of serotonin and GABA, the brain’s primary neurotransmitters for balancing the stress response.

L-theanine is an amino acid found abundantly in green tea. L-theanine has been shown to quickly improve stress perception and resilience. The stress-buffering mechanisms of L-theanine have been connected its ability to increase serotonin and dopamine production in the brain. L-theanine has also been shown to significantly increase alpha brain wave activity, which is critical for increasing attention as well as promoting a sense of relaxation. In a study on healthy volunteers, electroencephalograph (EEG) readings of participants were recorded following the ingestion of 50 mg of L-theanine. The researchers found a greater increase in alpha brain wave activity versus placebo. L-theanine has also been shown to have a protective effect on nerve cells overstimulated by the excitatory neurotransmitter glutamate.

Gamma-amino butyric acid (GABA) is one of the major inhibitory neurotransmitters in the brain. GABA provides a calming effect and is a primary component of the body’s stress fighting mechanisms. GABA is also available as a dietary supplement. Most commercially available forms of GABA utilize synthetically-produced GABA, manufactured from pyrrolidinone, a compound not allowed for use in Japan. This product includes a patented, naturally-sourced, non-synthetic form of GABA called PharmaGABATM. It is produced naturally by the friendly bacteria, Lactobacillus hilgardii. In contrast to synthetic GABA sources, PharmaGABATM has been shown in published research studies to promote relaxation effects in the central nervous system (CNS). In a double-blind study using healthy volunteers, EEG readings were obtained after 100 mg of PharmaGABATM was administered. PharmaGABATM produced a highly significant increase in alpha waves, as well as a significant decrease in beta waves, when compared to the control group. Alpha brain waves are associated with relaxed and effortless focus, while beta waves are associated with stress, restlessness and scattered thoughts. Therefore, an increase in alpha to beta waves is associated with improved concentration and a state of centered relaxation.

Inositol is a B vitamin that is an important component of cell membrane signaling. As part of the cellular signaling system of the CNS, inositol is crucial for the release of neurotransmitters from within the nerve cells. A deficiency of inositol can affect brain signaling, resulting in inadequate neurotransmitter release causing irritability, worry and restlessness.

5-hydroxytryptophan (5-HTP) is an amino acid intermediate that is directly converted into the mood-regulating neurotransmitter serotonin. Maintaining a healthy serotonin level is important for regulating appetite and sleep cycle and for supporting a sense of calmness. As a dietary supplement, 5-HTP is produced naturally from the seeds of the African plant, Griffonia simplifolia. In contrast to L-tryptophan, 5-HTP provides efficient conversion into serotonin because it does not need prior conversion by tryptophan hydroxylase.

This product includes essential nutrients that are required for the synthesis of serotonin and GABA neurotransmitters. This includes 5-methyltetrahydrofolate (5-MTHF), vitamin B6 (P-5-P), vitamin C, zinc and magnesium. 5-MTHF is the biologically active form of the B vitamin folic acid, which is vital for supporting proper mood regulation. 5-MTHF works together with B12 as a methyl group donor. Methyl (CH3 ) group donation is important for maintaining neurotransmitter synthesis. Magnesium is a mineral that calms the nervous system by binding to glutamate receptors, which reduces excitatory neurotransmitter activity. The combination of the minerals zinc and magnesium helps reduce glutamate to nontoxic levels, providing significant neuroprotection.

3 capsules taken 1-3 times per day or as recommended by your health care professional.